MORE than 260 guests from as far as Albany in Western Australia, Timboon in Victoria, Tumbarumba in New South Wales, Port Augusta in South Australia and Barcaldine in Queensland logged in over Zoom to celebrate the annual Ray White Rural and Livestock awards to celebrate the achievements of the top offices and individuals throughout the leading network.

Ray White Rural and Livestock Managing Director Stephen Nell said it was a sign of the times to see so many faces logged in online to celebrate with their friends and colleagues online.

“Growth and momentum is oxygen to companies like ours and it was evident in the energy and enthusiasm from those members online,” Mr Nell said.

“What a year it’s been? From floods to bushfires, and then a global health pandemic, but it’s wonderful to see rural people digging deep during difficult times. We’re a resilient country and in many parts of the country people are returning to the bush in their droves. 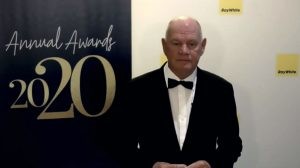 “We’re a proudly family-owned and led group which is immune from the controversies of many of our ASX-listed rivals with diversified farm service models.

“While Ray White Rural is celebrating its 26th anniversary, the broader Ray White Group has been in the game for more than 118 years specialising in rural and livestock sales.

“But it’s our future that’s more optimistic than ever, we’ve never been so youthful and energetic.”

Ray White Rural Chairman Paul White (above) said it was wonderful to see the next generation doing so well in the competitive rankings, while long-standing businesses continued to grow. 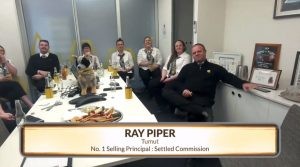 The Outstanding Contribution Award went to Ray White Biloela’s Mark Simpson, and the Charlie Maher Award went to Wayne Bean of Rural Katherine for his characteristics and attributes that align to the late Mr Maher’s values. 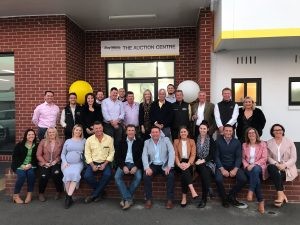 Zoe Gyles of Rural Dayboro and Jedda Casserly of Ray White Lifestyle Sydney were awarded the Sales Assistant of the Year award, while Kate Watling of Rural Tumut was named as Property Manager of the Year.